To celebrate Canada’s 150th birthday, Victoria British Columbia was going to throw not one, not two, but thirteen parties. A New Year’s Eve fireworks festival kicked off in 2017, then 12 days of celebration followed in June leading to Canada Day.

In coordination with Atomique Productions, we built a custom WordPress theme that allowed them to promote both the New Year’s Eve and Canada Day events independently, but also unite them on one site. Mass Velocity designed and developed a section for users to submit their own “Spotlighted Stories” to share memories about what makes Canada special to them.

Reception of approved design files to public launch was only 14 days. The launch of this website was timed in coordination with the Government of Canada’s nationwide announcement of the Canada 150 initiative. Further assistance and direction came from the City of Victoria. 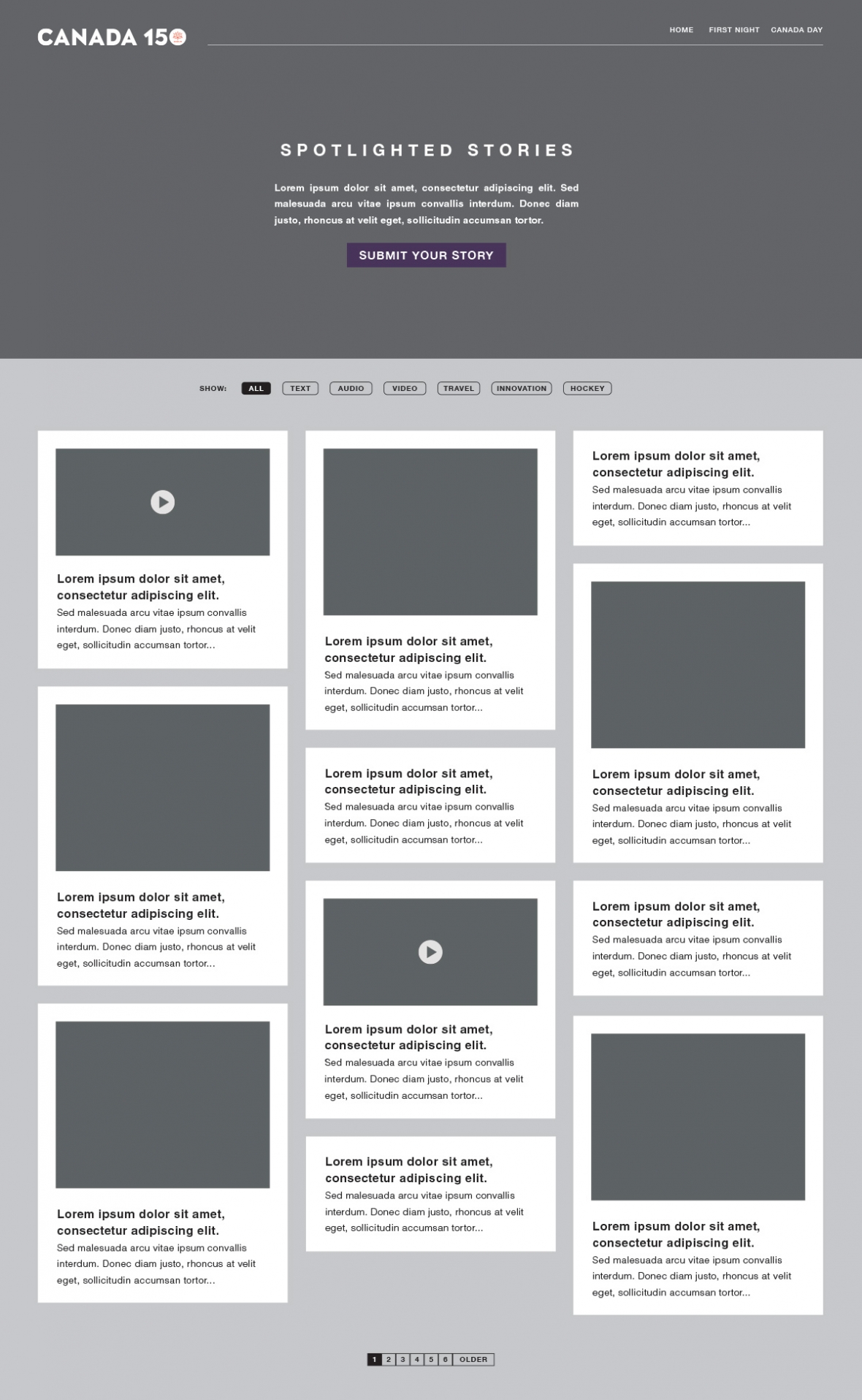 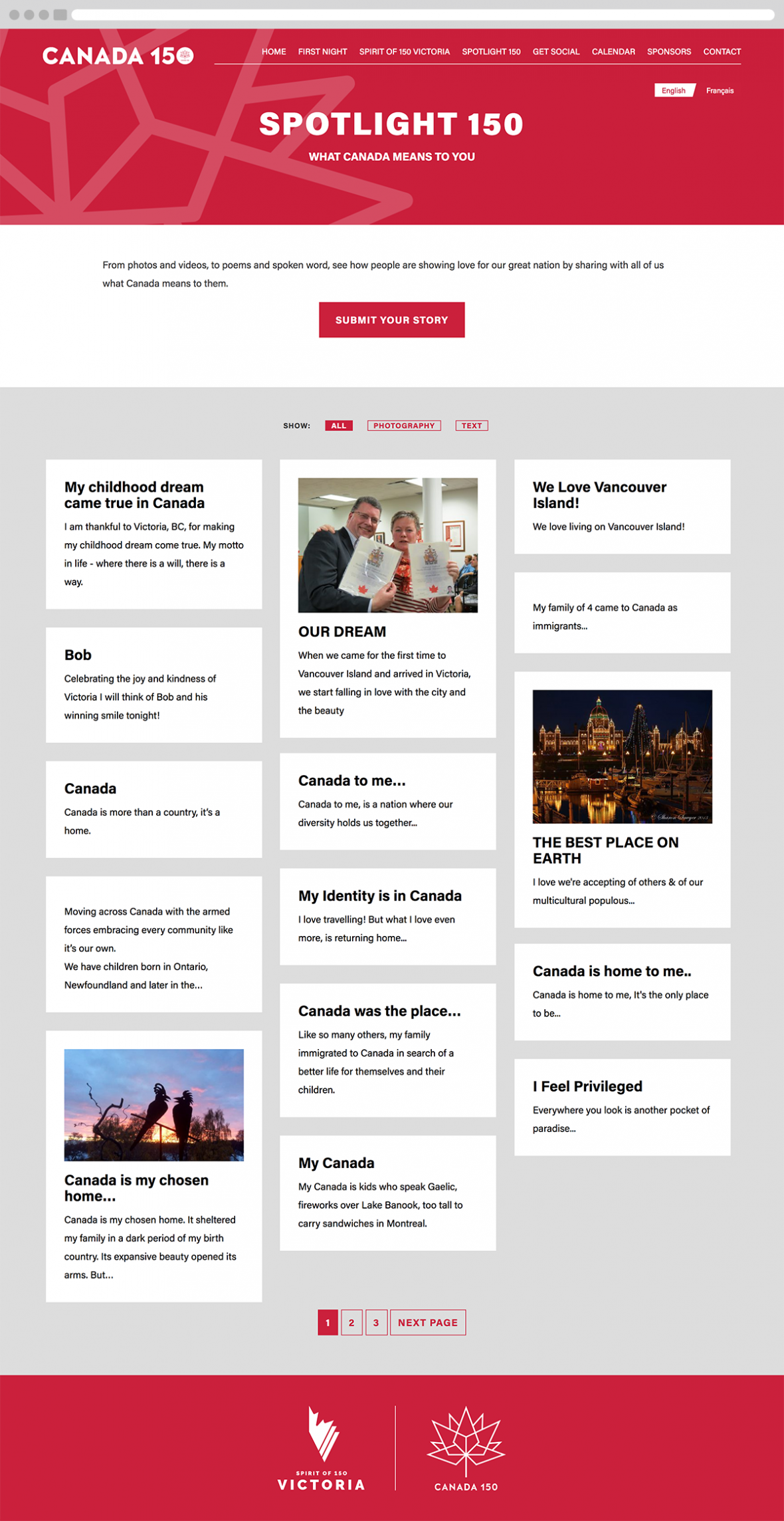